We have an eventful evening in store for you!  The meeting will be led by Board President Jenni Swain and the Invocation given by Pastor Mark Parsons-Justice, Gallipolis First Presbyterian Church.

Want your table to be FIRST in the buffet line?!
This opportunity will be auctioned off by Board Member Josh Bodimer!!!

Mr. Bodimer will continue highlighting his auctioneer skills later in the evening with Cincinnati Reds memorabilia, signed by our speaker, Marty Brennaman!!!

Then, join us in Conference Room C for drinks and dessert, sponsored by The Wiseman Agency and music by Josh Wellington, Soundbridge Productions.


Speaker: Marty Brennaman
The Gallia County Chamber of Commerce has announced a “heavy hitter” will be keynoting the upcoming 83rd annual awards ceremony.

Marty Brennaman, who became known as the voice of the Cincinnati Reds, will speak at the dinner set for Thursday, Jan. 30, 2020 at the University of Rio Grande’s Davis University Center.

Reds radio announcer Brennaman received the Ford C. Frick Award on July 23, 2000, in ceremonies at the National Baseball Hall of Fame in Cooperstown, New York. The award is presented each year by the Hall of Fame to a broadcaster “for major contributions to the game of baseball.” Brennaman, Red Barber (WSAI, 1934-1938), Al Helfer (WSAI, 1935-36) and Russ Hodges (WFBE, 1932) are the only Reds announcers ever to receive the Hall of Fame’s prestigious broadcasting award.

At 31 years together, Marty & Joe tied LA’s Vin Scully and Jerry Doggett for the longest running broadcast duo in baseball history. Brennaman has been named Ohio Sportscaster of the Year 17 times, most recently in 2018. He won the Virginia Sportscaster of the Year Award four times while broadcasting basketball games for the American Basketball Association’s Virginia Squires, baseball games for the New York Mets’ Class AAA affiliate in Norfolk and football games for both Virginia Tech and William & Mary. He also has broadcast games during the NCAA’s men’s basketball tournament, including 15 regional tournaments and 11 Final Fours.

Doors will open at 5:30 PM
Event will begin at 6:00 PM
Networking event will take place immediately following the awards in Conference Room C, sponsored by The Wiseman Agency!

*In the event you are unable to attend, reservations MUST be cancelled prior to January 16th or you will still be responsible for ticket costs and/or selling your seats, as well as updating reservation names with the Chamber.* 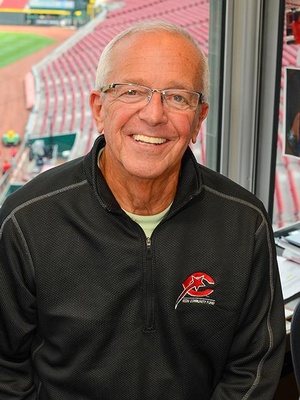 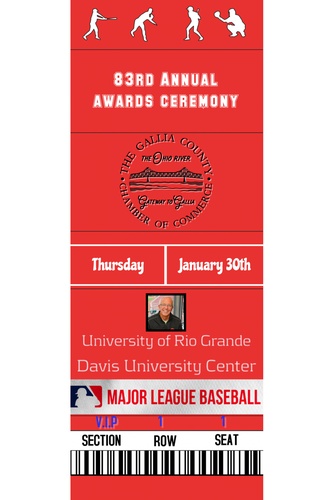